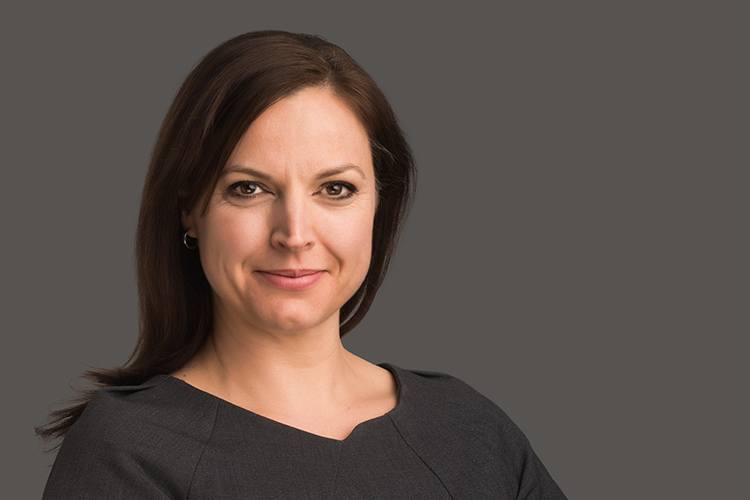 NSERC is pleased to announce the appointment of Dr. Danika Goosney as Vice-President, Research Grants and Scholarships Directorate. She’s taking over from Dr. Pierre Charest, who retired last month.

Danika obtained her Bachelor of Science (honours) from St. Francis Xavier University and her PhD in the Department of Microbiology and Immunology and the Biotechnology Laboratory (now the Michael Smith Labs) at the University of British Columbia, for which she was awarded the Governor General’s Gold Medal. She conducted her postdoctoral training as a Canadian Institutes of Health Research (CIHR) Postdoctoral Fellow in the Department of Immunology at the Scripps Research Institute in La Jolla, California.

Following her postdoctoral research, Danika worked as a research scientist at two Vancouver-based biotechnology companies. In 2006, she moved to Ottawa and joined CIHR, where she held key director general positions within the Research, Knowledge Translation and Ethics Portfolio. In 2015, she was named one of Canada’s emerging leaders as a member of the Governor General’s Canadian Leadership Conference.

NSERC thanks its outgoing Vice-President, Research Grants and Scholarships, Dr. Pierre Charest, for his impressive contributions to science in Canada, both as a researcher and administrator. Before joining NSERC, Pierre had a productive research career with an extensive list of publications and invited lectures and had served as chair and member of several NSERC peer review committees.

Get highlights of things happening at NSERC delivered to your email inbox. View all Newsletters